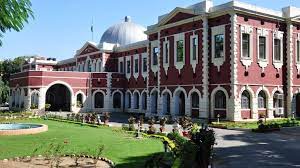 Ranchi, Jul 29 Two persons were arrested Thursday in connection with the hit-and-run case of Dhanbad Judge Uttam Anand who died after a heavy autorickshaw rammed into him, a top police official said.

Both the arrests were made after recovery of the three-wheeler involved in the incident Wednesday morning.

“We have arrested two persons Lakhan Verma and Rahul Verma involved in the incident early Thursday morning. Rahul Verma, a resident of Digwadih, Dhanbad has been arrested from Dhanbad Tempo stand while the other was arrested from Mangrudih police station area in Giridih,” Senior Superintendent of Police, Dhanbad Sanjiv Kumar told PTI.

Kumar said the three-wheeler was also recovered from Giridih and has been registered in the name of a woman.

Investigation is on in the case from all possible angles including murder after an FIR filed by the wife of the 49-year-old deceased Judge with the Dhanbad police, Kumar added.

Death of  Anand had occurred during morning walk around 5 am on a deserted road near his house at Judge Colony in Hirapur.

Initially, it was presumed that the judge died in a road accident but the CCTV footage which surfaced later in the evening, suggested a murder angle in the case.

The district and sessions judge-8 Dhanbad carried a reputation of being  a strict judge and according to court sources had recently declined bail pleas of some gangsters which is speculated could be linked to the sordid incident.

He hailed from Hazaribag and his father and wife are lawyers.

Jharkhand Bar Council member Hemant Sikarwa has condemned the incident terming it as an intentional murder of a sitting judge and has demanded a CBI probe.

The Jharkhand High Court on Thursday ordered an SIT probe into the death of the Dhanbad judge.

CCTV footage showed that Anand was jogging on one side of a fairly wide road at Randhir Verma Chowk early on Wednesday when a heavy auto-rickshaw veered towards him, hit him from behind and fled the scene.

Some locals found him lying in a pool of blood and took him to a nearby hospital, where the doctors declared him dead on arrival.

Taking cognizance of a letter filed before the court by the Dhanbad principal district judge in the case, Chief Justice Ravi Ranjan converted it into a writ petition, and ordered the formation of a Special Investigation Team (SIT), under the leadership of Additional Director General of Police Sanjay Latkar, to look into the matter.

He further said that Chief Justice of India N V Ramana has spoken to him in the matter, and expressed confidence that a fair investigation will be carried out in the case.

The court said it will monitor the probe and sought updates from the SIT from time to time.

It also observed that the law and order situation in Jharkhand has worsened as earlier, too, an advocate had come under attack in the state.

Jharkhand Health minister Banna Gupta, who is also minister in-charge of the Dhanbad district, said it was inappropriate to speak on the incident without evidence.

“A probe would bring to light if it was  a pre-planned murder or an accident,” he said.

Jharkhand Director General of Police, Neeraj Sinha, during the hearing of the case, assured the court that the investigation would be carried out in a professional manner and suggested the name of Sanjay Lautkar as the head of the SIT.

The court expressed its displeasure over the delay in registration of FIR following the incident.

If at any point in time it appears to the court that the investigation is not heading in the right direction, then the case will be handed over to the CBI, the chief justice said.

He asked the police to ensure that culprits, if any, are punished in the case.

Not just the auto driver, the person who hatched the conspiracy should also be unmasked, he said.

Senior advocate Vikas Singh, who is also the president of Supreme Court Bar Association (SCBA),  mentioned the matter before the apex court during the day, and described the incident as a  brazen attack  on the independence of judiciary.

Singh said investigation in the case must be entrusted to the CBI as the killing of a judicial officer, apparently for not granting bail to a gangster, is an assault on the judicial system.

A Supreme Court bench of Chief Justice N V Ramana and Justice Surya Kant, however, stated that the chief justice of Jharkhand High Court has already taken up the matter, and interference by the apex court at this stage may not be necessary.