President’s office should not be sought after: Pranab 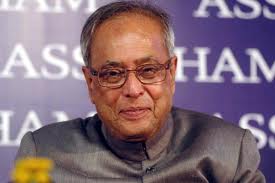 
CHENNAI, June 30 (CMC) Kick-starting his presidential campaign from Tamil Nadu, United Progressive Alliance (UPA) candidate Pranab Mukherjee said on Saturday that the office of President must not be sought after but instead offered.


“There are certain offices which are not to be sought but are offered. I was delighted when UPA chairperson Sonia Gandhi offered me the chance to contest for the august post,” he said.


Addressing the UPA central ministers, MPs and legislators from Tamil Nadu and Puducherry at a dinner meet, Mukherjee said the President is a notional head of the government with no real executive powers.


“The real power is exercised by the elected representatives of the people,” he said.


Referring to India’s multi-cultural, pluralistic, democratic and secular society, Mukherjee said equal access to opportunity was the fundamental spirit of the country’s freedom struggle and the basis of the country’s Constitution.


On his chances in the poll, Mukherjee said that the numbers in the electoral college were in his favour.


“If we simply calculate the numbers then we would find majority of the electoral college has expressed support to the UPA candidate.”


Mukherjee however said he would appeal to Trinamool Congress which is part of UPA and yet to take a decision on the presidential elections and other parties who are not part of UPA to support his candidature.


He assured the gathering that if he gets elected as president with their support, he would discharge his duties as per the Constitution and would have the privilege of joining the ranks of illustrious predecessors like Rajendra Prasad, Sarvepalli Radhakrishnan and Zakir Hussain.


“You are starting your campaign today from Tamil Nadu. We are thankful to you for choosing this state to commence your campaign. This ancient state will always remember your love and affection for the Tamils. We will solidly support your candidature. We wish you success in all your endeavours,” he remarked.


“You will definitely be a priceless jewel on the crown of Indian democracy,” Karunanidhi said.


Reaching here in the evening, Mukherjee drove straight to Karunanidhi’s residence where he was accorded a rousing welcome with drum beats.


Speaking to reporters, Mukherjee said DMK was a major constitutent in both UPA-I and UPA-II.


He said DMK has been a stable partner, therefore it is natural that hes tarted campaign with Karunanidhi’s blessings.


Mukherjee faces former Lok Sabha speaker P.A. Sangma, who is backed by the Bharatiya Janata Party and some members of the National Democratic Alliance, as well as the AIADMK and the Biju Janata Dal in the July 19 election.