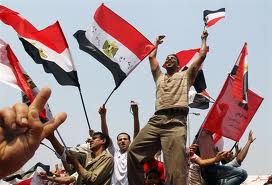 CAIRO, June 30 (CMC) Mohamed Morsi of the Muslim Brotherhood was formally sworn in on Saturday as the first democratically elected president of Egypt, signaling a new stage in an ever murkier struggle to define the future of the nation after six decades of military-backed autocracy.


More immediately, though, his inauguration begins a through-the-looking-glass period of government at war with itself. As Egypt’s first civilian president and the first Islamist elected to lead an Arab state, Mr. Morsi has vowed to fulfill the goals of the Egyptian revolution by building the institutions of democracy on a foundation of Islamic principles.


But he must first wrest power from the generals who have ruled Egypt since the ouster of President Hosni Mubarak and have taken only a small step behind the scenes to accommodate his election.


His swearing-in ceremony itself was redolent with tension. Mr. Morsi, against his wishes, took the oath before a court of Mubarak-appointed judges; he had vowed to swear in before the democratically elected and Islamist-led Parliament, but the generals dissolved it on the eve of his election under the pretext of a ruling from the very same court.


Seated in the curved alcove at the front of an empty courtroom, Mr. Morsi frowned and stared ahead as senior judges stood to deliver speeches as much about the importance of their own Supreme Constitutional Court as about his historic inauguration.


Then, in inviting the new president to take the oath, Judge Sultan specifically cited the authority of the interim Constitution issued by military decree on June 17, which transferred most of the powers of the president’s office to the ruling generals — a document Mr. Morsi, the Brotherhood and tens of thousands of their supporters occupying Tahrir Square have called illegitimate.


In his own brief remarks after taking the oath, Mr. Morsi pushed back with his own unmistakable jab at the judges’ role in the dissolution of Parliament, referring repeatedly to the separation of powers. “I respect the judiciary and the legislature and I work to keep them independent from each other and from presidential power,” he said. “The judicial power, the executive power, the legislative power — we will all go forward together.”


Mr. Morsi pre-empted the generals’ planned inauguration by reciting his oath a day earlier in a televised speech before a rapturous crowd that filled Tahrir Square, the heart of the revolution. And after his formal inauguration on Saturday, Mr. Morsi proceeded to recite the same oath a third time, before the lawmakers of the dissolved Parliament, the ruling generals and foreign ambassadors in an auditorium at Cairo University.


Field Marshal Mohamed Hussein Tantawi, who had acted as head of state until Saturday and will maintain the title of defense minister by military fiat, sat at the center of the front row. Alongside him sat Saad el-Katatni, the Brotherhood leader who was speaker of Parliament. With them in places of honor were two Egyptian Nobel Prize winners: Ahmed Zewail, a chemist, and Mohamed ElBaradei, a former United Nations diplomat who became a guiding voice of the movement for democracy here.


“Egypt will not go backward,” Mr. Morsi said. “In the new Egypt, the president will be an employee, a servant to the people.”


But he also continued his subtle efforts to wield the prestige of his new post against the ruling generals. Without acknowledging the dissolution of the legislature, he praised it as triumph of democracy. “The people projected their will and exercised their power with election of Parliament in free and fair elections that were representative of society,” he said.  He lavished tributes and gratitude on the ruling Supreme Council of the Armed Forces for its role in safeguarding the transition.


But he also pointedly called for the military to return to the barracks and borders. “The elected institutions will come back to play their role and the Egyptian armed forces, Egypt’s great army, will go back to its main job to maintain and safeguard the borders,” he said, pledging to keep the armed forces “strong and solid, to work with the other institutions of the government, within the Constitution and within the law.”


In his remarks on Friday, he had avoided any mention of the armed forces, either laudatory or confrontational, in a signal that negotiations between the Brotherhood and the generals continue behind the scenes to resolve the standoff over the balance of powers.


Like almost all Egyptian orators, Mr. Morsi missed no opportunity to allude to God’s oversight. But he never mentioned Islamic law. It had been a staple of his stump speeches during the first round of Egypt’s presidential elections, when he campaigned against rival Islamists, but disappeared from his discourse when he pivoted into the runoff against a more secular opponent.


Addressing the international world, Mr. Morsi proclaimed “a message of peace as well as a message of righteousness and justice.” He repeated his pledge to uphold Egypt’s treaty obligations, implicitly including its pact with Israel.


“We are not exporting revolution and we do not interfere with the affairs of others, or allow interference in our own affairs,” he said.


But he also promised with new force that he would work for the reconciliation of the rival Palestinian factions: the Western-backed Fatah, which controls the Palestinian Authority, and the militant Islamist group Hamas, which controls the Gaza Strip. Fatah had previously looked to the Mubarak government as its principal Arab sponsor, while Hamas — an offshoot of the Brotherhood — is increasingly looking for leadership from the new leaders in Cairo.


“I say from here that Egypt is with the Palestinian people until they have all their rights,” he said. “We will work for reconciliation until they unite and get their rights.”


And he invoked the Arab Spring uprising in Syria, backed by an affiliate of the Muslim Brotherhood and enmeshed in daily battles against the forces of President Bashar al-Assad. “We want this bloodshed to stop and we will work on that,” Mr. Morsi said. “We do not forget the Arab nation.”


In the afternoon, top generals, including Field Marshal Tantawi, formally saluted President Morsi at a military ceremony to mark what the generals described as the fulfillment of their promise to hand over power.


In truth, their handover — and with it the Egyptian revolution — remains far from complete. A new constitution is yet to be written and the balance of power between the president and the generals is still undefined. But it appeared Saturday that Mr. Morsi — an engineering professor of modest stature and small charisma — had gained potent weapons from the trappings of presidency.


He came and went in a Mercedes limousine surrounded by a motorcade and presidential guard. He was greeted at Cairo University by a formal salute from a military color guard. His movements and statements were broadcast attentively by Egyptian state television newscasters, who until just a few days ago had appeared biased against the Brotherhood.


A headline in the flagship state newspaper quoted Mr. Morsi’s speech the day before: “Egypt is a civilian, national, modern country. The people are the source of authority.”