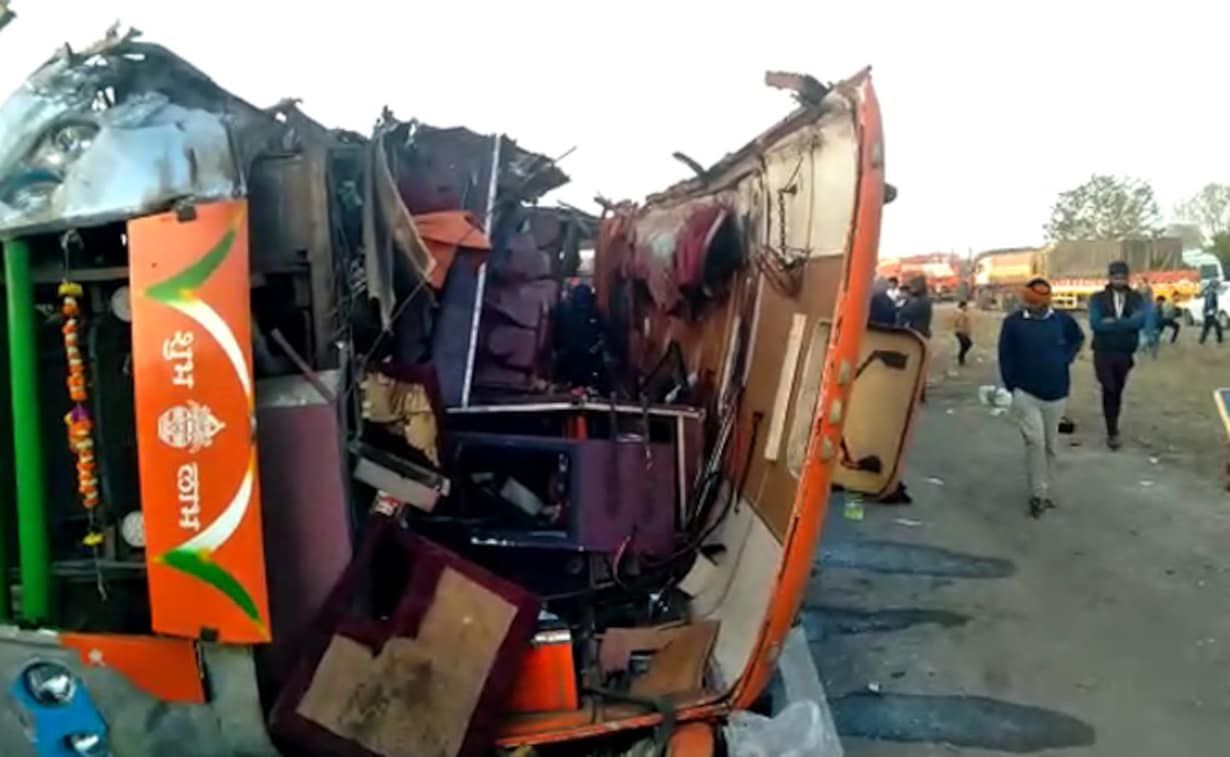 2 kids among 10 dead in bus-truck crash on Maharashtra highway: Ten people were killed and several others injured in Maharashtra after the bus they were in collided with a truck, news agency ANI reported Friday citing police. The incident took place near Pathare village on the Nashik-Shirdi Highway.

Maharashtra chief minister Eknath Shinde expressed his condolences and announced ex-gratia of ₹5 lakh to the kins of the deceased; he has also ordered a probe into the incident by relevant authorities.

The bus – carrying devotees from Badlapur and adjoining areas – was on its way to Shirdi for Saibaba darshan via the Nashik Ahmednagar road when the accident took place.

Twelve people have suffered injuries. Among those killed include six women, two children, and two men. As many as 45 passengers were on the bus.

According to news agency PTI, the incident took place at 7am near Pathare Shivar in Nashik’s Sinnar tehsil – around 180 km from Mumbai. The injured were rushed to the Sinnar Rural Hospital and Yashwant Hospital. The death toll may increase as the condition of some of the injured is critical, officials told PTI.